The Supreme Commander of the Army issues a decision to take care of the families of the martyrs, the missing and the permanently disabled who were injured in the war of liberation.

With the participation of Al-Lafi: The University of Tripoli hosts a symposium on the strategic vision of the National Reconciliation Project to achieve community ownership.

Bin Qadara assures the Italian ambassador of the neutrality of the Oil Corporation and its distance from political quarrels.

Signing of an agreement between the Embassy of Japan in Libya and the World Food Program to support school feeding in Libya.

Russia: UN mediation efforts have failed to solve the urgent problems in Libya.

(Abdullah Al-Lafi) participates in a symposium discussing the strategic vision of the National Reconciliation Project at Al-Zawiya University.

(Al-Dabaiba) confirms during his meeting with the Director of the Middle East Department at the British Foreign Office that the solution in Libya lies in going directly to the elections.

The National Elections Commission organizes a workshop on combating misinformation.

The Minister of Foreign Affairs discusses with the Canadian Ambassador to Libya the relations of cooperation between the two countries.

Al-Manfi and Al-Lafi meet the British ambassador to Libya.

UN Secretary-General renews the support of the UN to the political process by the Libyans' leadership and ownership. 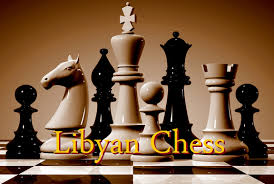 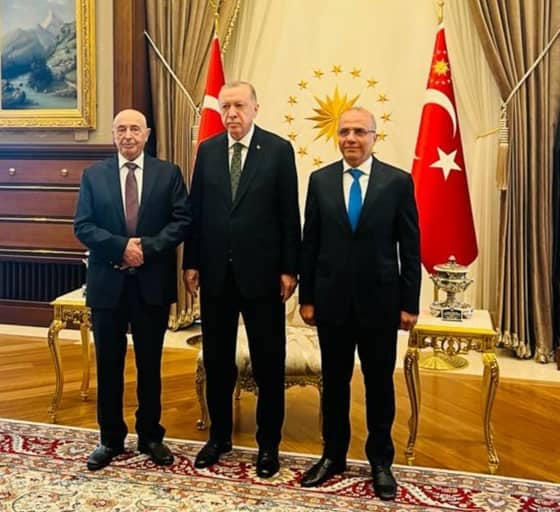 Erdogan during meeting with Al Lafi and Ageela: agreement on importance of preserving unity of Libyan territory, and speeding up electoral process. 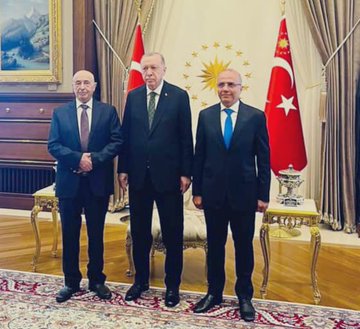 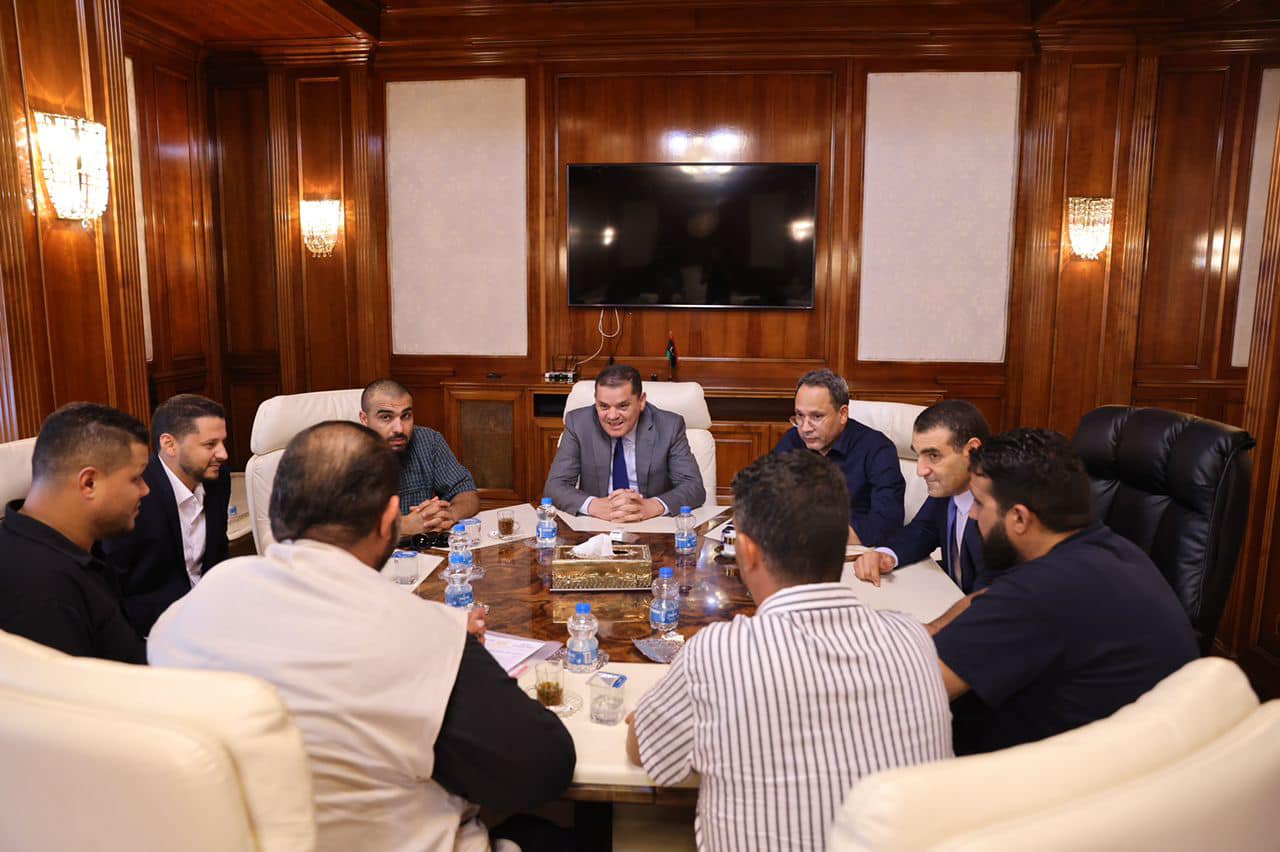 Head of Government of National Unity meets with Board of Directors of the Federation of Associations of Permanently Disabled War injured. 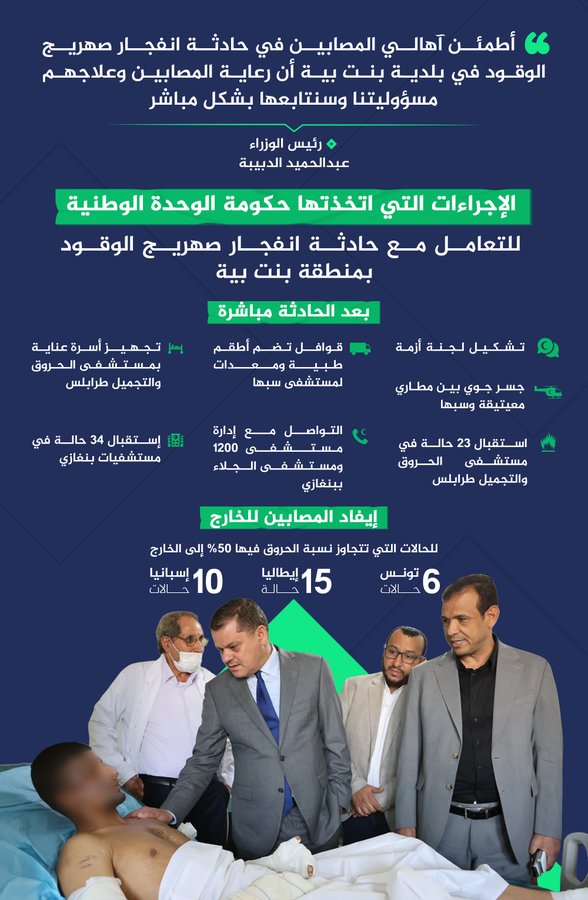 During his inspection of the injured of Bint Baya explosion at the Burns Hospital: Al Dabaiba says those who require treatment abroad will be sent to Tunisia, Spain and Italy.

The General Administration of Central Support denies rumors of the death of its director, Major General Mohamed Fathallah. 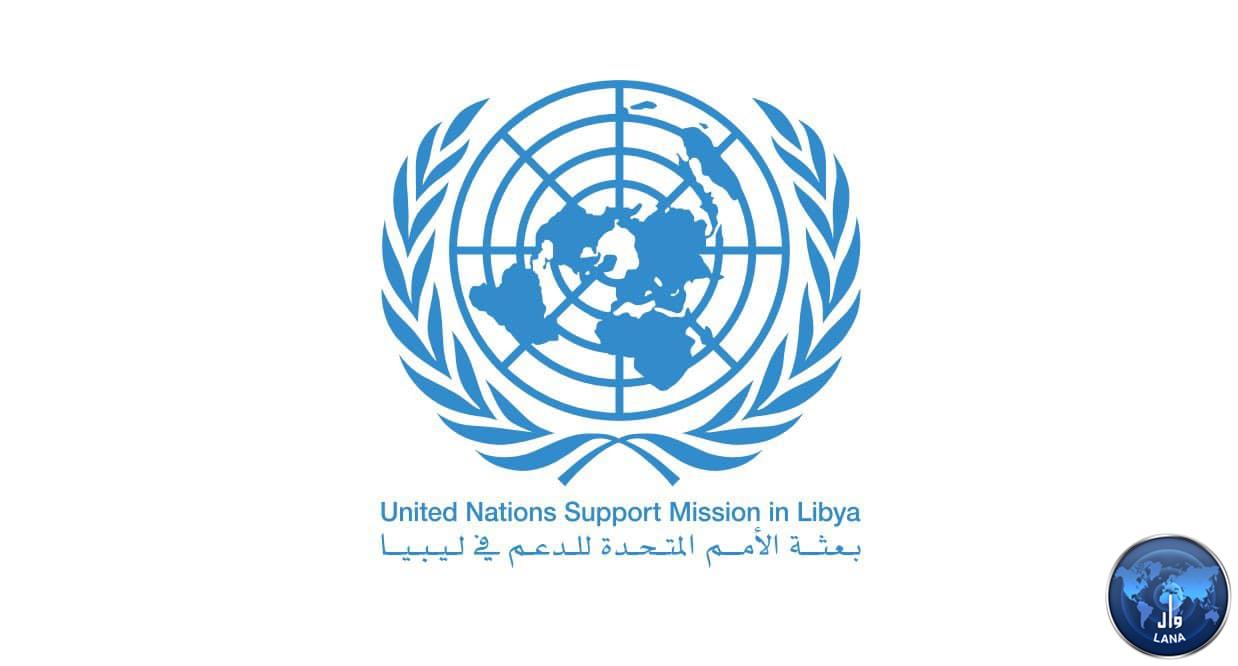 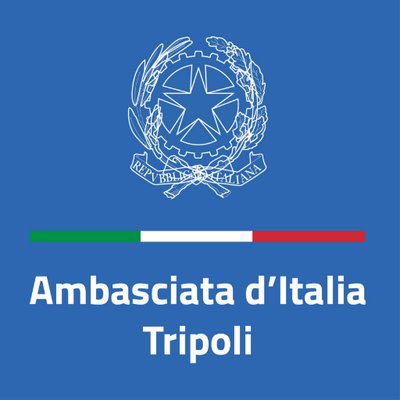 Italian Embassy pledges to send medicines for the injured in Bint Baya accident.

Pulbished on: 2020-10-21 17:01:00
Tripoli, 21 October (Lana) The Acting UN Special Envoy to Libya Stephanie Williams has issued a statement on the ongoing Libyan Military Commission 5+5 talks in Geneva, in which it noted that the talks have been marked by a 'great degree of patriotism and professionalism and insistence on maintaining Libya's unity and defending the country's sovereignty.' The two sides have reached agreement on several important issues which directly impact the lives and welfare of the Libyan people, Williams said in the statement. 'The 5+5 have agreed to the opening of the land routes that connect all the regions and cities of Libya. The parties agreed to initiate joint security arrangements with a special focus on the road for the land routes from Shuwerif to Sebha to Murzuq, from Abu Grein to Jufra and the coastal road from Misrata to Sirte and onwards to Ajdabiya, the statement added. Williams said the 5+5 have agreed to the opening of air routes throughout Libya, especially flights to Sebha, which is the administrative capital of the region. The 5+5 agreed on the need to end the use of inflammatory and escalatory media rhetoric, to halt the use of hate speech and they urged the judicial authorities to take the necessary deterrence measures to hold accountable the channels and social media platforms promoting hate speech and incite for violence, while ensuring that freedom of expression and speech is protected, she said. 'The two sides agreed to support and continue the current calm on the frontlines and to avoid any military escalation Williams said, noting that The two sides will today take up the issue of arrangements for Libya's central region, paving the way for a ceasefire agreement. As for oil production, the UN official said 'with regard to the issue of the full resumption of oil production, the two sides agreed to delegate the commanders of the petroleum facilities guards from the east and west to work directly with a representative appointed by the National Oil Corporation to present a recommendation for the restructuring of the Petroleum Facilities Guards which will ensure the increase and continuation of the flow of oil. Williams noted that the agreements reached by the two sides in the last two days were based on the recommendations put forward by the joint military and security committee that met last month in the Egyptian city of Hurgha =Lana=